Today I’m going to show You an audio selector, which I made for my friend and which has an extra feature: it can be controlled with a regular IR remote controller (which you probably have at home :)).

I could say it is a general remote control reciever library with a demo application: an audio selector :-). I could say this because I completely rewrote my infra red handling code, which I made for my IR remote switch, on a way that it can be used for any other applications easily. The decoding is the same as before, I have 4 IR remote controls around me, and it works with 3 of them. The biggest improvement is that you don’t have to measure the startbit with an other application before you can use one of your controllers, it is automatic now. The code is under 2kBytes, so you can port it even to an ATtiny25 (I used ATmega8, cause (now at Hungary) it is for the same price as an ATtiny or an ATmega48). An other comfort feature is to remember the last selected source in case of the device is switched off.

The requirement was the good sound quality of course, therefore I used relays to route the audio signals. Here is the schematic (VCC is 5V): 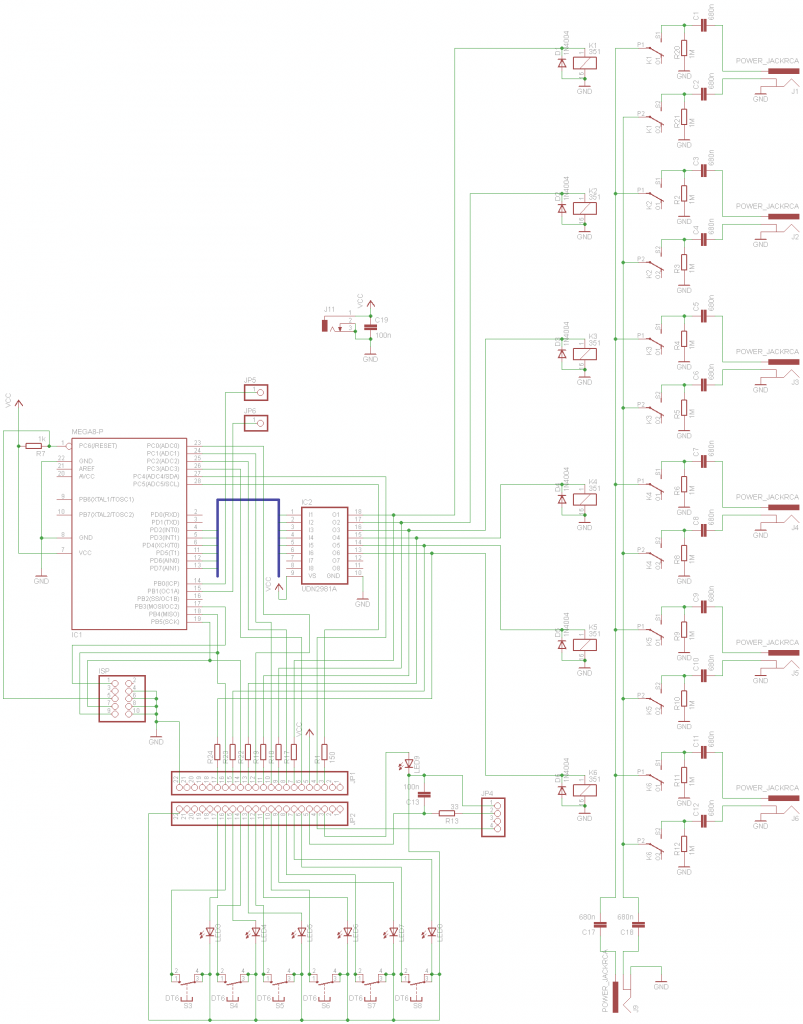 Originally it was planned for 8 channels, but it would be too expensive for to more unused relays :-). I designed the PCB and the code, the owner assembled it :-) The result: 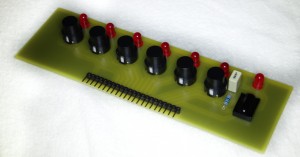 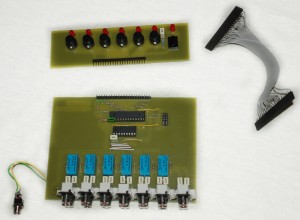 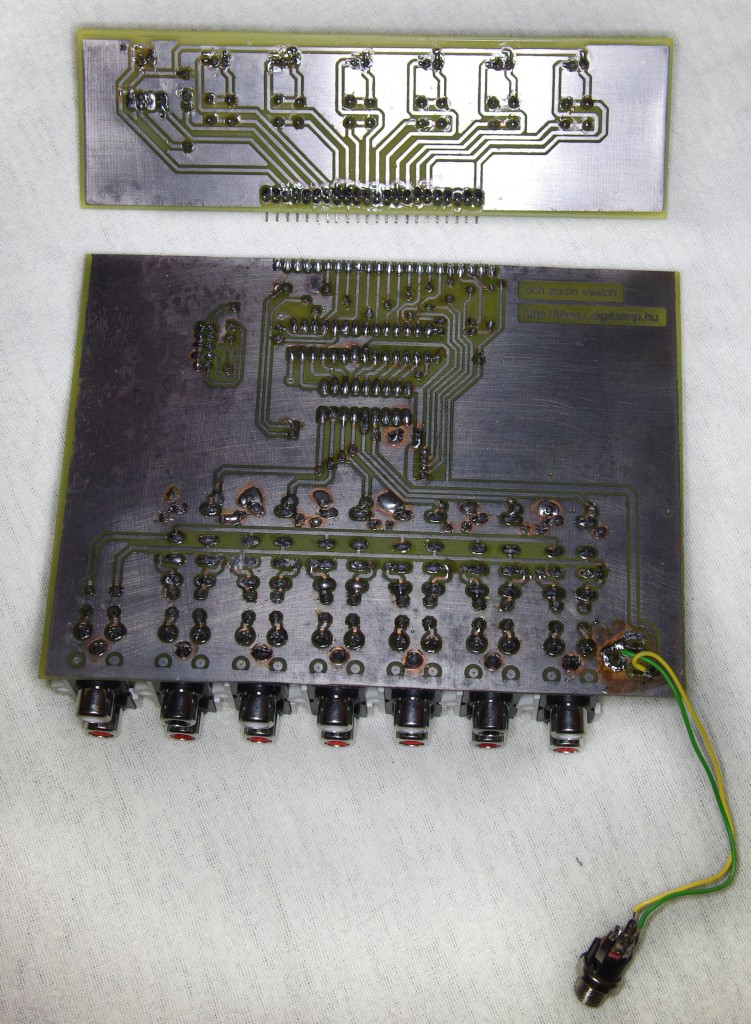 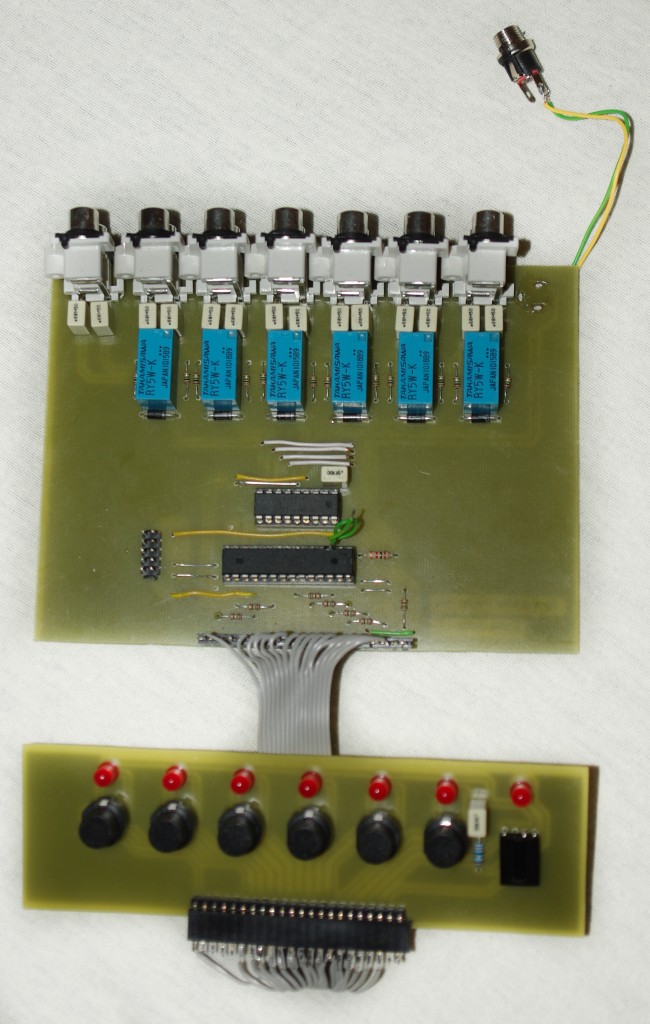 You can see two strange things on the pictures.

The first is the supply connection, which was a mistake in the design to put it on the PCB with inverted polarity, thats why it is now connected on a cable :) If you download it, there is the corrected version.

The second is the wire, soldered directly to the AVR’s 3th pin :-). It is the USART TX for the debugging, it will be removed.

The aim was to make it on two separate PCBs, because of the buttons has to put on the front panel of the enclosure, which will be the owner’s task to make, here will be more pictures if it is ready.

The code is not that difficult, so you should just compile and load it, no finetuning is needed. What I will explain here, is the usage of the IR library, which should be now portable (I hope ;-) ).

There are several functions which acts as the IR library interface. The three basic ones are:

And two more for the learning: 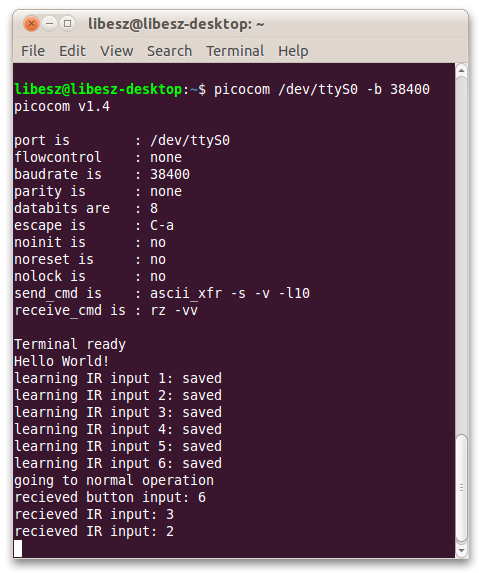 Screenshot when the code is compiled to use the debugging

That’s all for today. Suggestions and comments are welcome.

3D snake game for the LEDcube